Shadow on the Clouds 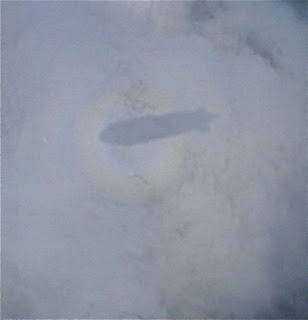 We have lots of photos of the Zeppelin shadow in interesting situations. Its rare though to get one on top of the clouds because for sightseeing, you usually fly under the clouds!

During our performance flight testing we had to take the airship up to pressure height rapidly and in doing so, we went through a patchy cloud layer where I was able to take this picture. 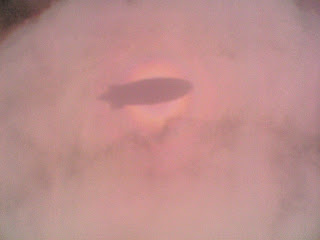 UPDATE. I found this second picture sent to my cell phone a while back by Scott, our Chief Pilot, when he was transiting with a SkyShip. Its cool to see the different shape!
Posted by Alex Hall at 1:00 AM