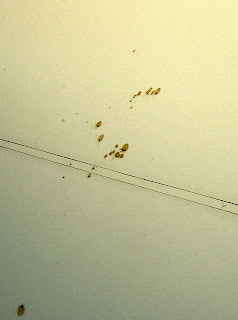 At least once a year we’re going to have a cleaning party for the airship as the envelope will need to be cleansed of exhaust dirt, old adhesive from brandings and…pigeon poo. Even though the ship has only been in active use for a couple of months, that’s still plenty of time for the birds to get in their target practice. Actually, given how large a target the envelope presents, I’m surprised that the airship is not more covered in bird droppings.
Posted by Alex Hall at 2:00 AM