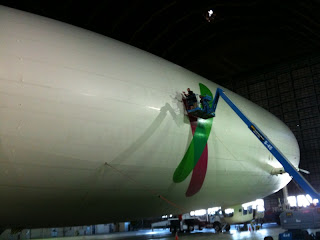 The 23andMe chromosomes have been a wonderful visual for Eureka's hull. But all good things have an end....
Posted by Alex Hall at 2:56 PM No comments: 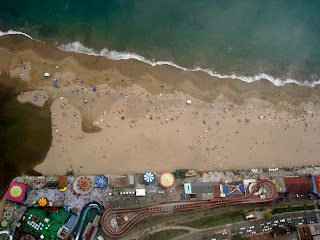 Last Saturday a group of us took Eureka to Santa Cruz to check out what would make the best routing for a new flight offering. We didn't blog it, mainly because Brian and I live in the Santa Cruz mountains and we were too busy looking for our house and familiar landmarks! However Wallace Baine from the Santa Cruz Sentinel was with us and he describes it better than I could. The sight of the boardwalk was amazing, and even though we had fog and some smoke, the views were tremendous. As Wallace said,

"This is the kind of flying that opens doors in your senses and gives you the thrill of seeing your place in the world -- your entire life even -- from the distance of insight. You're the flea finally seeing the dog."

Santa Cruz is a two hour adventure from Moffett Field.
Posted by Alex Hall at 11:09 AM No comments: 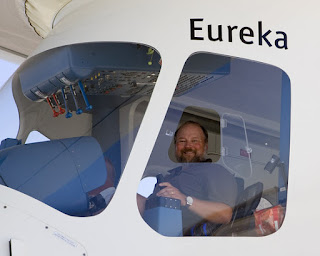 This week saw another successful pilot experience! Six intrepid private pilots spend half a day in ground school and half a day in the air, getting immersed in the whole flying experience and getting some stick time. Our next one is in Long Beach! Full details are here.

There are some great pictures from this past experience posted here from participant Richard A who is the guy in the left seat here.

Wartime Blimps in "This Man's Navy"

"This Man's Navy", made over sixty years ago, depicts real Navy blimps in action. No CG here!

Wartime blimps were made by Goodyear, and the larger ships (K Class and M Class) carried depth charges, and .50 caliber machine guns. While a few blimps were shot down doing escort duty, they more than made up for it in their effectiveness in their role in anti-submarine-warfare. It has been said that no convoy escorted by a naval blimp lost a ship to enemy action. Much as a visible burglar alarm encourages those that would thieve to move on to easier targets, a convoy with a blimp overhead was too risky a target for an enemy submarine -- not so much because the blimp was armed, but because the blimp could call in the enemy location to a destroyer that would finish the job.

Enjoy this "best of" video produced by IncredibleWorldViews

And if you'd like the whole thing, you can find it over at Scooter Movies Shop on DVD.

Monterey Historic Races at Laguna Seca from the Air and Ground

Last weekend, Austin, Texas resident Tracy Anderson was in for a treat as he flew the airship from Moffett Field in Silicon Valley, over the Santa Cruz Mountains down to the Monterey Peninsula. There he saw the incredible Monterey Historic Races at Mazda Raceway Laguna Seca from both the sky and ground.

We captured some great footage of the trip over the mountains, the track from the air, and the historic vehicles on the ground. Talk about a "skybox"!

80 years ago, August 18-23, 1929, the Graf Zeppelin visited Tokyo, and our counterpart in Japan, Nippon Airship Corporation, is offering an anniversary flight today. Wish we were there!

We'll be raising a box of Nigori this evening to toast the event.
Posted by Brian at 1:02 PM No comments: 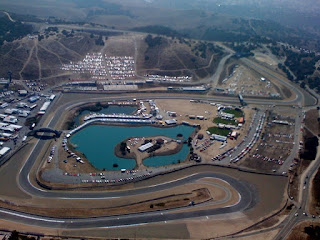 Above the clouds, headed for Laguna Seca 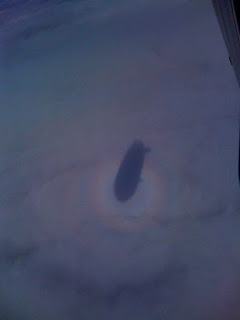 Above the clouds, headed for Laguna Seca...
Posted by Brian at 9:23 AM No comments: 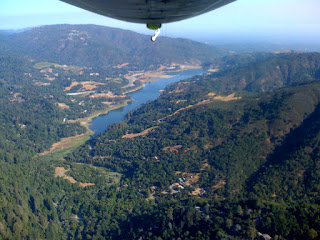 We're headed south today thru Patchen Pass - the low point highway 17 crosses the Santa Cruz mountains between Los Gatos and Santa Cruz.
Posted by Brian at 9:17 AM No comments: 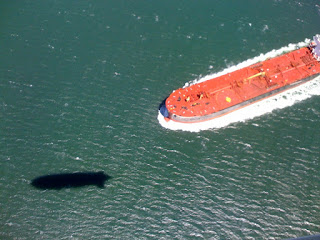 iPhone software developer Hal Mueller of Mobile Geographics sent us a link to his new product Plane Sight that lets you look up aircraft by tail number. Even better, he gives a shout out to the Eureka in the sample screen shot at the iTunes music store. Now all we have to do is find the extra 3 seats the FAA thinks we have! We typically fly in a 12 passenger + 2 crew configuration, although other layouts are possible).

Look up the details for any interesting airplane: model, builder, year, engine, owner. Perfect for aviation history fans, private pilot, experimental aircraft builders, and journalists. Take this app you your next fly-in or airshow. 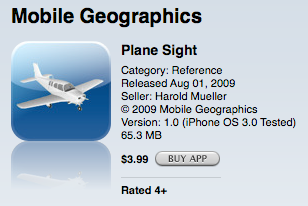 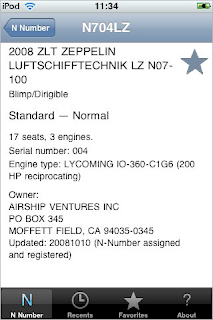 Time.com -- Earth Is Running Out of Helium

Science Comedian Brian Malow discovers that the second most abundant element in the universe has become rare on Earth...