Andreas Burkart, University of Duesseldorf, writes us with the story and pictures of the Zeppelin mooring mast in Brazil:

Recife is a large metropolis on the east coast of Brazil. In the 1930s, along with Rio de Janeiro, it was a mooring place for Zeppelins. In Recife the mooring tower still exists in very good order and was an anchoring place for the airships LZ 127 "Graf Zeppelin" and LZ 129 "Hindenburg".

During a study project in the east of Brasil it was possible to visit this historical place. In the direct neighborhood of the Zeppelin tower there is a training station of the military police which uses parts of the area for shooting exercises. For visitors, the Zeppelintower is
easy to access, and taking pictures is no problem.

The former mooring field for airships no longer exists. The tower is now surrounded by mango trees, wild plants and decayed military buildings. But the historical worth of the technical monument was recognized by the government and due to several restorations, the tower is now in very good order. It's impressive how much the place has changed its face, since the last airship landed about 70 years ago, but you still can see the signs. The Brasilian people still remember the storys of their grandparents which sometimes had the luck to have seen an airship crossing the skies over Brazil. 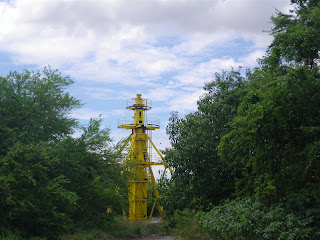 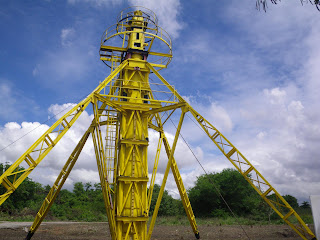 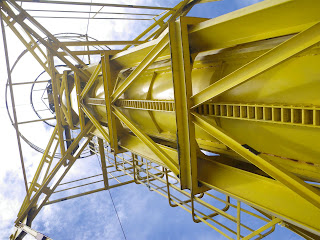 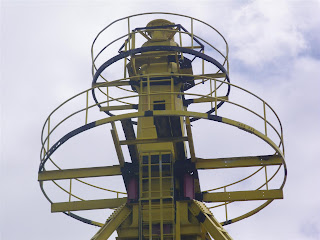 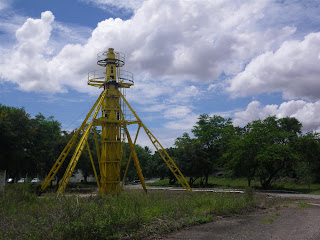 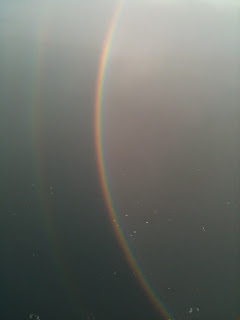 The tournament is over. The ship heads to Long Beach from San Diego, and pilots Kate Board and Ben Travis catch a glimpse of this double vertical rainbow. A nice way to cap a successful week at the event.
Posted by Brian at 8:29 PM No comments: Links to this post 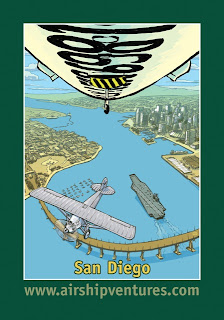 We are in San Diego this week for the Farmers Insurance Open at Torrey Pines. As this has become one of our regular locations, we have added San Diego to our poster art series. This is our first with the point of view being from the panoramic rear window of the gondola, and includes icons of the city such as the Coronado Bridge, aircraft carrier Ronald Reagan and the Spirit of St. Louis.
Posted by Brian at 10:20 AM No comments: Links to this post

Tiger Woods to Open His Season at Torrey Pines

While for readers of this blog, the excitement may well be in the air, the coming week is shaping up to be pretty interesting on the ground as well. The big news is that Tiger Woods will be returning to Torrey Pines, his first time at the event since 2008, opening his 2011 season at the Farmers Insurance Open this week.
Posted by Brian at 8:59 AM No comments: Links to this post 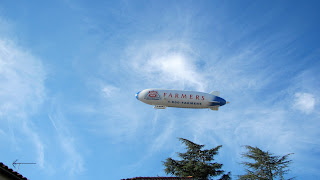 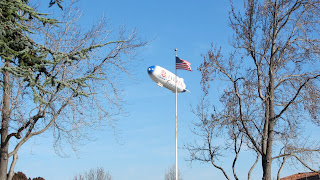 The ship headed down to LA/San Diego today in preparation for covering the Farmers Insurance Open next week.

(Photos courtesy Brian Metzler/AVI)
Posted by Brian at 11:25 AM No comments: Links to this post 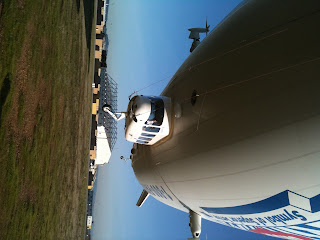 A challenge from Captain Board: Can you spot the difference? Many people are not aware that Zeppelins still flew after the LZ129 "Hindenburg" disaster. One of them, LZ130, was used on the eve of World War 2, to probe the then-new British coastal radar system, code named "Chain Home"...


Boffins TV have producted a new documentary telling the facinating story of the development of British radar and the Zeppelin spy mission that nearly uncovered its secrets. In a frantic race against time 19 coastal Chain Home radar stations were built to provide Britain with its vital early warning. But the rapid construction of the towers soon came to the attention of German intelligence. On 3rd August 1939 the huge LZ 130 Graf Zeppelin airship crossed the North Sea on a daring wireless spy mission. What happened in the next 24 hours was to decide the future Battle of Britain. With exclusive interviews, reconstructions and expert analysis, we reveal of the truth behind the spy mission that changed the course of history.

You can check out video clips online, and the DVD is available in European and US formats, direct from the production company.
Posted by Brian at 9:57 PM No comments: Links to this post 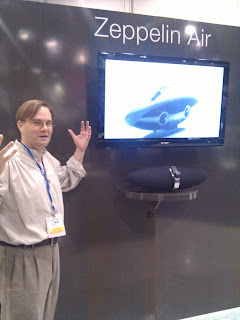 Not exactly. But did see the Bowers and Wilkins 'Zeppelin Air' iPod speaker system at the Consumer Electronics Show (CES) in Las Vegas.
Posted by Brian at 4:28 PM No comments: Links to this post 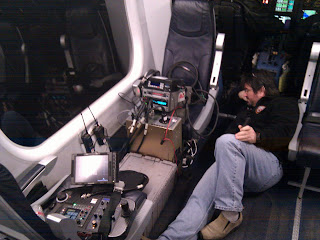 Jeff from AVS doing a final on board equipment check.
Posted by Brian at 6:14 AM No comments: Links to this post 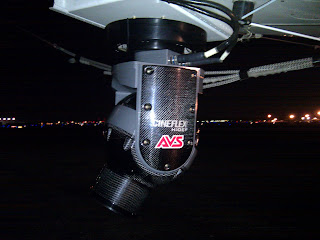 Our camera today: cineflex hd
Posted by Brian at 6:12 AM No comments: Links to this post 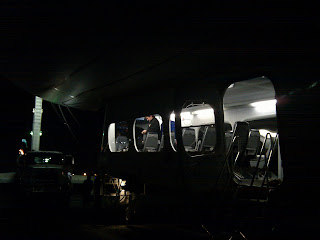 Posted by Brian at 5:55 AM No comments: Links to this post