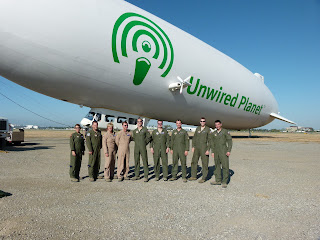 Future test pilots from the U.S. Air Force and other countries tested their lighter-than-air flying skills during an airship flight evaluation for the Air Force Test Pilot’s School (AFTPS) that we held last month in Long Beach, California.

The AFTPS encourages students to fly as many different aircraft as possible – jets, small planes, helicopters, and in this case, our fly-by-wire, Vertical Take Off and Landing (VTOL) airship, the Zeppelin NT-07 Eureka.

During the one-day Zeppelin training school, select U.S. Air Force pilots learned the theory and technique behind flying a 246-foot-long Zeppelin in ground school, and then put it into practice during a flight over the Pacific Ocean. Each student flew the airship at a variety of speeds and practices hovering using the airship’s vectored thrust engines.

For those not quite ready to enlist, we also offers similar school to members of the public who are current private or commercial pilots. The pilot experience for civilians is a two-day course which includes learning about an airship flight from Zeppelin pilots, stick time in the cockpit, and a behind-the-scenes look at Airship Ventures and airship operations. 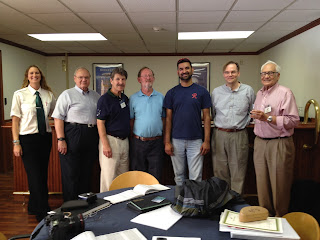 Arranged by Sara Schwarz and taught by Captains Ben Travis and Andrea Deyling, the class included students that had come from the East Coast and the Pacific Northwest for the experience.

The class started on Tuesday morning with a breakfast social, followed by a series of informational presentations and discussions. The afternoon was spent heads down in the classroom portion of the ground school, and we finished the day with an evening reception featuring some local beers and wines. It sure isn't hard to get a bunch of pilots sharing great stories with each other!

As of Tuesday evening, we had our concerns about the weather for the next day. Someone must have put in a word to Aeolus, because the winds cooperated and the flight day portion of the experience went as scheduled.

The day finished with a champagne toast and logbook signing back at HQ.

Our next session is scheduled for September 11-12. 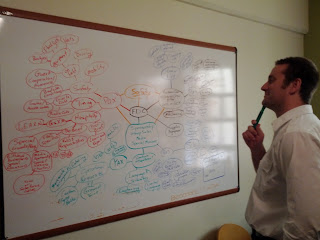 Here Dave Finney ponders a representation of a position we call the FDC - Flight Day Coordinator.

The FDC acts as a nexus point between the various departments on an operational flight day -- communicating between the ground crew, pilots, reservations and passenger operations teams and the field we are operating from.
Posted by Brian at 9:56 AM 1 comment:

After just over 3 years of silence, @AirshipEureka (the voice of the airship itself) has found her voice again... 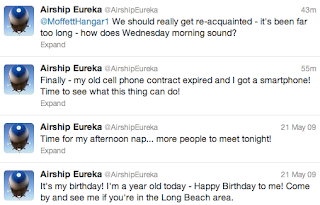 And boy does she have some catching up to do. 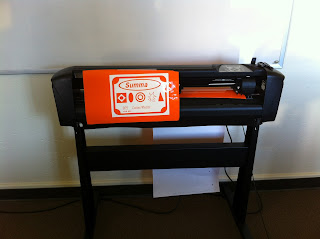 We ordered our own vinyl cutter a few weeks back. A Summa D75 that we can drive from a Mac or a PC.

The two main benefits to us will be improved response time when we have an urgent request, and the ability for us to do projects that previously would have seemed too small to outsource. For example, we look forward to being able to conveniently decal our trucks for short term projects, promotions or tours.

Some will remember the fun project we did for Valentines Day 2010 where we put a large red heart on the side of the ship. We're looking forward to (more easily) being able to do that in the future. 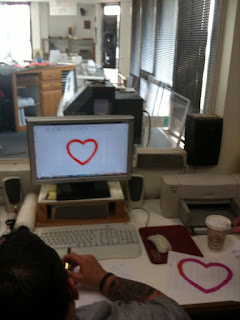 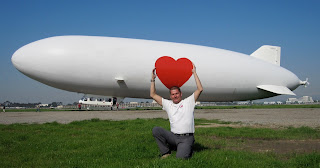 Our first gift shop orders starting coming in last night and are going out today.

I think the Moffet Field Post Office will grow to like us even more...
Posted by Brian at 4:29 PM No comments:

Our collection of shirts, cards and posters showcase the unique artwork we have produced for locations we have visited including San Francisco, Moffett Field, Long Beach, Seattle, New Orleans, the Oshkosh air show and many others!

For the grand opening of the store, receive free domestic ground shipping on any order $30 or more when you use the coupon code FreeShip30 at checkout.
Posted by Brian at 4:42 PM No comments: 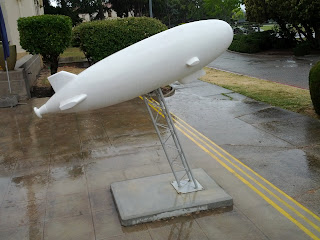 "Weather ain't what it used to be"

Used to be we didn't get rain much past April. 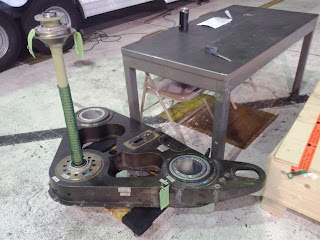 We were down for a few days last month in order to replace this one of a kind assembly.

Can anyone... NAME THAT PART?