Want to have a giant QR code on your roof?

Want to have it seen in Google Maps and Google Earth? 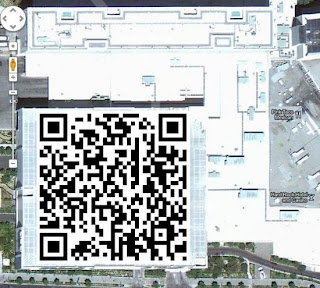 Public Relations and Marketing firm Phillips and Company recently did a press release announcing a service called Blue Marble, where they put a QR code on your roof, then make sure it gets into Google Earth and Google Maps.

We'll see what they have to say!

(Thanks go to Android Central for the image and first place I saw the story...)
Posted by Brian at 4:31 PM