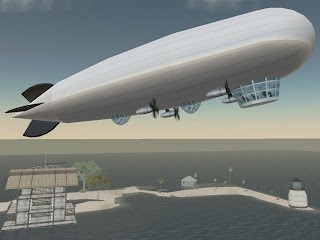 Second Life, the online virtual community of more than 9 million people, gives users the opportunity to spend their Linden dollars on airships. While the Zeppelin NT isn't there (yet), an enterprising group called Second Skies have a wide range of airships for your perusal, all at a bargain 700 Linden dollars ($3 at average exchange rates between the Linden and USD).

If you're feeling wealthy, you can also acquire the 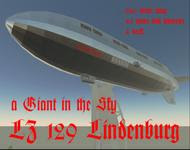 "Lindenburg". The clever name, however, is about all it shares in common with its more famous namesake. It boasts multiple decks, 2 story condos and all modern amenities for a mere $64 USD. I suspect that the online version doesn't have to worry about payload and lift...
Posted by Alex Hall at 12:31 PM