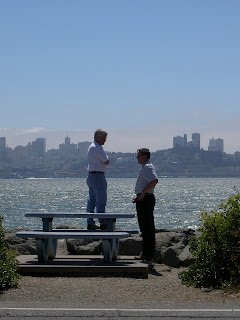 Last week we spent a lot of time going around Bay Area airfields and open spaces with Zeppelin pilot, Scott, checking out the possibilities from a narrowed down list. Was there a big enough clear space? What were the approaches like? What were the dominant wind patterns? Dwayne, our facilities consultant, has been talking to multiple airport managers - "an airship? I think we have some sort of procedure for that in the filing cabinet." Our plans are to have a homebase with a hangar that we will fly from some of the time and then to operate for tourists from a number of Bay Area locations, hence the grand tour. Here are a few pictures from that tour.
["how do we get City Hall to build an airship landing zone into the redevelopment plan?"] 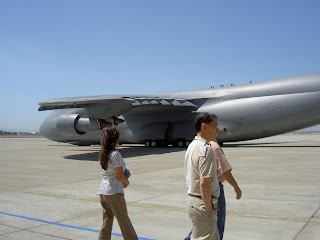 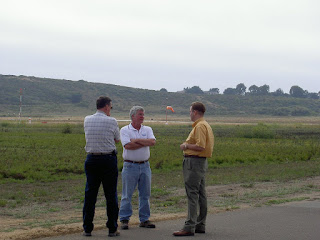 ["Do you think we can persuade them not to grow crops?] 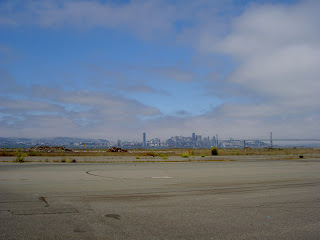