Zeppelin on a Dome 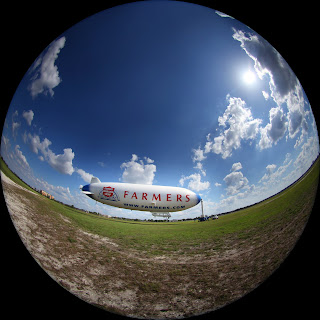 A few weeks back while we were in Orlando, we happened to be there at the same time as a production company filming a documentary on the space shuttle. Our good fortune, as they were able to bring their equipment out to the field to catch Eureka in a special "dome" format intended to be shown at Full Dome Theaters commonly found at science centers.

More later, but here is one of the sample images (flattened out), which shown on a dome would place you right on the field with the airship surrounding you!

Thanks to Carolyn over at Loch Ness Productions.
Posted by Brian at 7:13 PM