Taking a walk in Germany recently, I came upon a memorial at the location of an old V2 production facility and associated forced labor camp in Friedrichshafen. The parts not already having been destroyed by allied air attacks during the war, were removed by the French after the war. It is today forest and field. Like many other German companies during that period, Zeppelin was pressed into service in support of the war effort, and contributed to the testing and production of the V2 ballistic missile (also known by the German Army designation A4, for "Aggregat-4"). 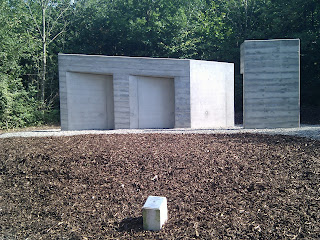 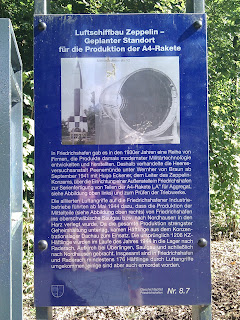