Being in one place 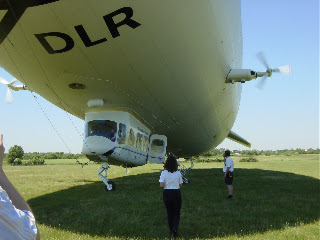 We've been surprised - pleasantly - by the number of airship folks who are contacting us with an interest in working for us. As it says on our website, we will be looking to recruit a full team and a list of the positions is given. For those of you that are following what we're up to, we thought we'd post a little more information here.

We plan on hiring only a couple of key posts before the end of the year. Virtually all other positions will be hired during the first half of next year. We are carefully keeping all resumes that are sent to us (thank you!), and will make sure that all those individuals are contacted when the relevant position openings are on the website.

In talking to some of the friendly inquirers, we've discovered that there is an appeal to working with an airship that is mostly in one place. Not that we won't ever do some travel if the event/contract is worth it, but this certainly won't be 11 months on the road. On the other hand, the cost of living in the Bay Area is a notch or two above the usual locations in North Carolina and Ohio....
Posted by Alex Hall at 9:29 PM